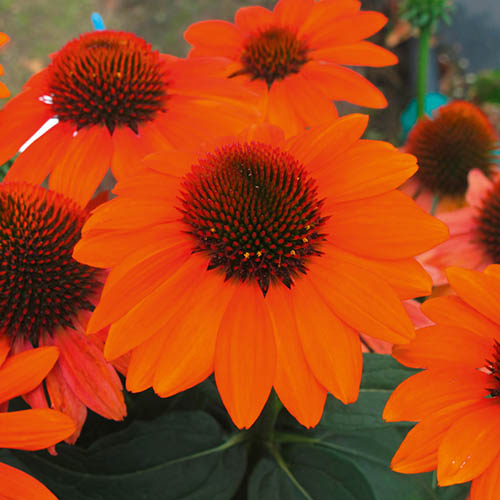 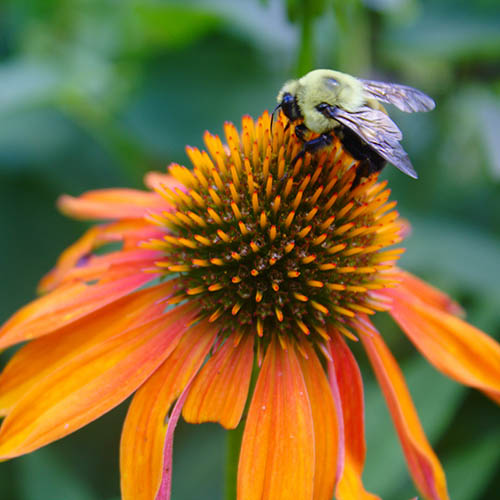 Echinacea, also known as the Coneflower, are hardy perennials that flower at the height of summer and continue until the first autumn frosts. The name refers to the cone-shaped centre of the large, brightly coloured flowers. Not only are they beautifully, they’re also one of the best plants you can grow for attracting all manner of wildlife into your garden.

With its spectacular, daisy-like single flowers with fiery orange, backward swept petals around a darker orange central cone, ‘Papallo Orange’ is a striking Echinacea, perfect for late season colour and flowering from July until September. Carried on long, straight and sturdy stems, they are wonderful cut flowers and are adored by bees and butterflies and once they fade, birds will feast on the seeds, so try to resist the temptation to deadhead the later season blooms.

Popular in cottage garden planting, they’re perfectly at home in borders and pots, and look spectacular planted in groups, returning year after year to give you a stunning display.

Supplied as an established plant in a 9cm pot, ready for planting, reaching a height of 70cm (2˝ft) and a spread of 50cm (20in).

Item 560787 supplied as:
Supplied as an established plant in a 9cm pot.