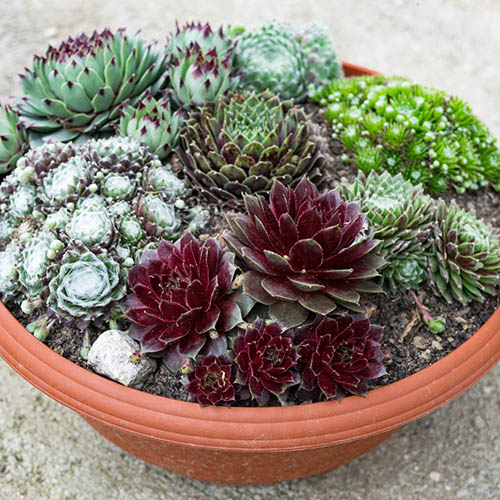 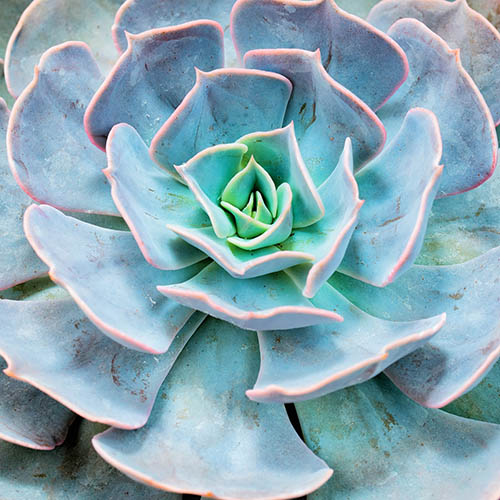 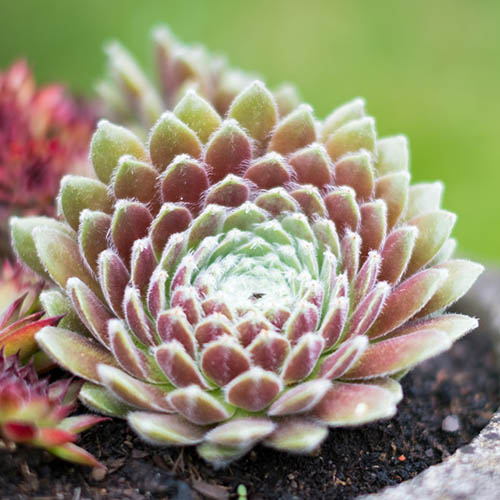 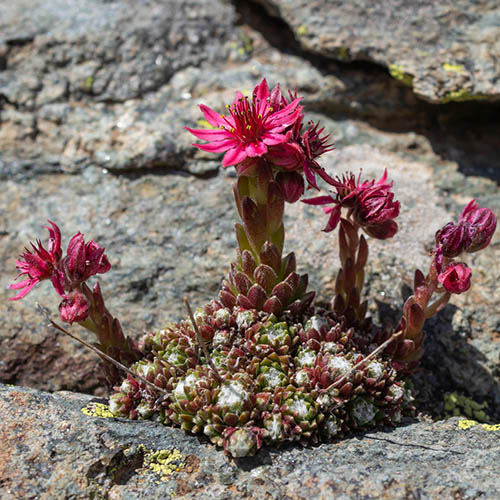 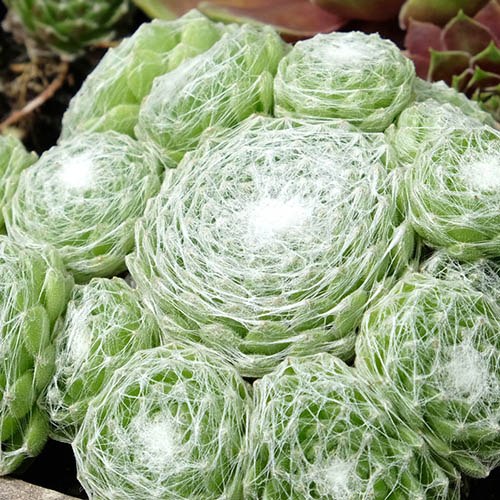 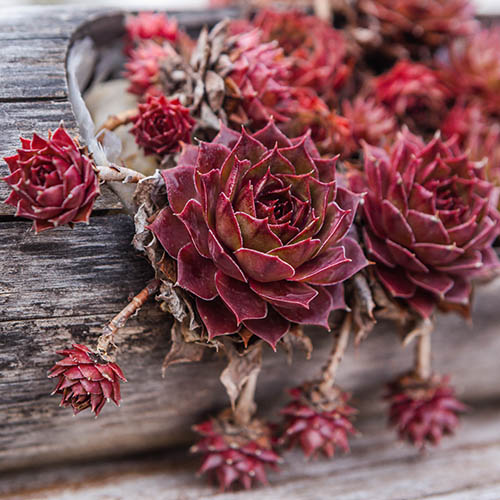 Although they look like they should need the same hot, arid conditions as cacti, Sempervivums, also known as houseleeks are actually hardy in the UK.

There are so many different varieties of these striking succulents and they’re popular plants for collectors. These fascinating little plants are so easy to grow and maintain, almost thriving on neglect.

Sempervivums form rosettes of colourful, fleshy leaves and are low growing, ideal for rock gardens and pots. Also known as 'Hen and Chicks' because the freely produced offsets gather around the mother plant in much the same way as chicks around a mother hen. Sempervivums are drought tolerant and will take a roothold in the narrowest of cracks - hence their common name, as they were once used to plug gaps in leaking roofs.

Sempervivums require a well-drained soil in full sun, tolerating drought when established. The leaf colour is dependant on temperature and light, so may vary in intensity throughout the year. In late summer the mature rosettes throw out spikes of tiny, star shaped pink flowers that insects love.

Supplied as a collection of 6 plants, growing to a height and spread of 10cm (4in) including:

‘Dark Beauty’ – Deep maroon leaves that are sometimes grey at the base.

‘Silberkarneol’ – Burgundy-red leaves during spring and summer that change to red-flushed green-grey in autumn and winter.

‘Jubilee’ – Pale green leaves, heavily flushed in red during summer than return to green in autumn.